Online Marketing So Many Venues!!

I've decided to try various methods to get my patterns out there for sale and earlier this month, I ran across several folks on Etsy saying how much they liked Bonanzle.  Who??  What's a Bonanzle?  I signed up for a booth and ran across some of the NICEST folks on there.  Very friendly.  Very helpful.  Just the sort of thing I was looking for and I couldn't be happier.  There's about 200,000+ members on Bonanzle, many of them with booths, and a HUGE variety of items available for sale.

Not just hand-crafted, but all sorts of things.  Sort of like the early days of eBay (I have some fond memories of those days before they corporate-ized and morphed into gargantuan proportions).   I won't buy nor sell on there again.  My choice.

On Bonanzle, I was able to buy some great little miniature pitchers (collection passion of mine) and was surprised at the low pricing and lack of garrish ads one used to see so often on eBay.  Yes, they can customize their ads with HTML which is nice.  I'll be working on some custom listing templates myself, very soon.  The under-stated kind with pleasant colors & moderate fonts.

That's one thing I detested on eBay in recent years, the IN YOUR FACE listings.    If you're on eBay and you prefer those, that's fine.  It's just not my cup of tea.

The 'ZIBBET' site is nice, but does not seem to be a site for my types of products: ePatterns for machine knitting, hand knitting & cross stitch.  Those are my mainstay and my income.  I did pay for one month of their upgrade, but rarely saw any activity so I'm back to having the freebie account.

I'm about to get rid of my Artfire account, I go there, nothing happens, I look around a wee bit and I go to another site or two instead.  Where I'm getting some activity.  I've had one sale on Artfire since starting there over a year ago.  Not worth my time checking my account all the time.  More than likely, I'll keep my MKDesigner store on Etsy, but will fade out the Knits-n-More store there.

I do have many other sites I belong to and I'll be keeping several of them, I think.  Not sure yet.  :)  Family, age, medical issues, expansion of interests and time factors seem to be directing me in more defined directions.

I've been so enamoured with Bonanzle that I may pare my online marketing down to 2 or 3 selling sites as well as my website, making Bonanzle a primary selling site for me.   I cannot recall when I have met (online only) such a diversified bunch of folks who don't pre-judge you, have many of the same interests that you do, are polite and helpful without any ascerbic slams like I see so prevalent on a couple of other sites in their message forums and bulletin boards.  I'm having a great time on Bonanzle and will probably be there awhile.

Okay.  Time for some blatant self promotion here, folks.

Speaking of Bonanzle, I am having what they term as a BONANZA online tomorrow morning, Saturday, March 20th from 8:00 a.m. to 10:00 a.m. Pacific Time.  The idea is to put several of your items into a 'Bonanza' and offer a discount for your specified period of time.  Cool idea!!  Customized online Craft Fair / Yard Sale!    Would love to see you there. 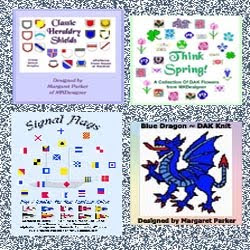